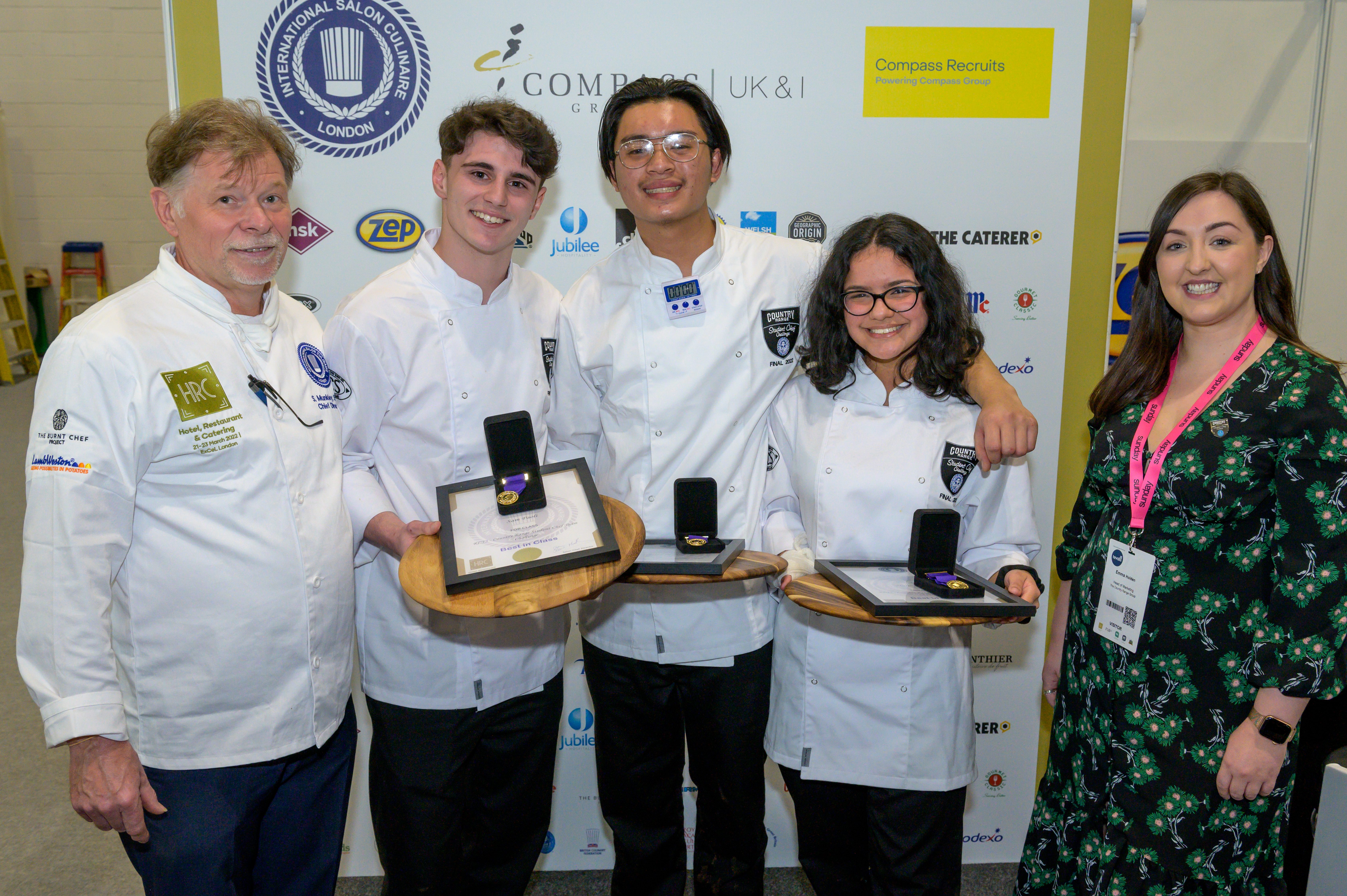 The trio of chefs triumphed under the watchful eyes of the Craft Guild judges, in intense competition conditions with their inventive and flavoursome menu, supreme cookery skills and tremendous teamwork.

The talented student chefs had to recreate their inventive menu and present them to the judges within 90 minutes in front of a live theatre audience cheering them on.

The New City College team were also awarded gold standard from the HRC and won a once-in-a-lifetime, all-inclusive trip to a Culinary School in Venice.

“The experience was terrifying in parts but a lot of fun at the same time. On arrival, we all put on a brave face but inside we were so nervous. However, as soon as we got into the kitchen our team spirit clicked in, the nerves disappeared and it was actually a lot of fun. To take the trophy home is just a dream come true.”

“I’m absolutely speechless and can’t believe this has happened. We tried our dishes after and we all thought they were the best we had produced so we were happy enough but to win is just incredible.”

“I’m not sure it has sunk in yet – it’s just amazing. We had been practising hard every week since October so it’s great that our dedication definitely paid off. I think the key to our success was keeping calm and not panicking. As a team, we have spent a lot of time together so we always felt in control but to win a prestigious competition like this is just fabulous!”

“I’m totally blown away and quite emotional to be honest. I’m just so happy for the trio as they have put in a huge amount of effort and have worked and supported each other so closely. They’re a huge credit to the me, the college and London, and I have no doubt they have big careers in hospitality ahead of them.”

“A huge congratulations to the New City College team on a marvellous and deserving victory. Each dish on their menu was well-executed, flavour-packed and showed real skill and creativity. To come to the Hotel, Restaurant & Catering Show’s kitchens for the first time and cook to that standard is a fantastic achievement and one which all three of the chefs should be extremely proud of.”

In addition to the glory of winning the crown and a trip to Italy, the successful team in 2022 also received the following prizes:

The 2023 challenge will be launching in early September so stay tuned for more updates.